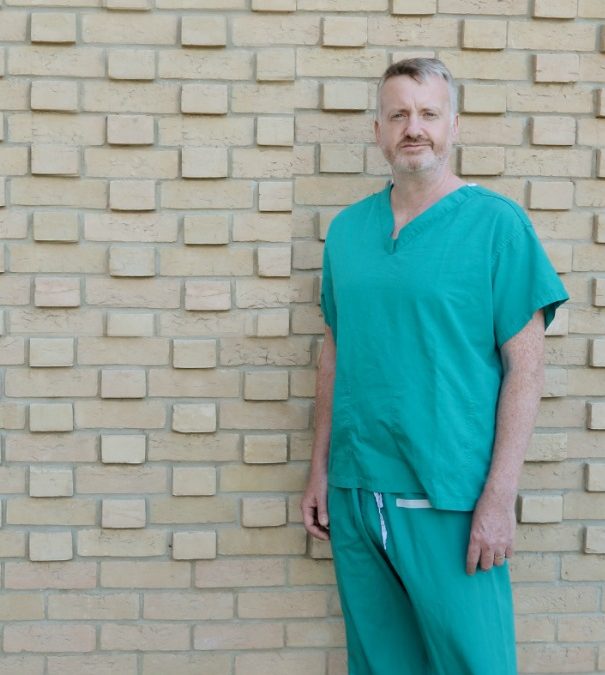 Dr Begley is a Cardiologist located in Cambridgeshire who specialises in cardiac rhythm management.  This is the investigation and treatment of heart rhythm abnormalities or arrhythmias.

Arrhythmias most often cause an awareness of the heart beating (palpitations) but patients with arrhythmias may also have symptoms of fatigue, breathlessness, light-headedness or black-outs (syncope).  Dr Begley aims to quickly identify the cause of these worrying symptoms and provide reassurance or offer appropriate guided treatment.

Dr Begley graduated from Edinburgh Medical School in 1994 (MB ChB).   He completed his residency in South East Scotland then spent 3 years at the National Institutes of Health in Bethesda, Maryland.  Whilst in the USA, he undertook research in the investigation and management of patients with hypertrophic cardiomyopathy.  This culminated in the completion of a research degree (MD) through the University of Edinburgh.

In 2007 he was appointed a consultant in Cardiology at Papworth Hospital to expand the existing cardiac rhythm management team.  He operated as Clinical Lead for CRM from 2011 until 2016.  During this period of rapid growth, he maintained the department’s position as one of the highest volume centres in the country for both electrophysiology studies and complex ablations, and cardiac device implants.  Papworth Hospital was granted Royal Patronage in 2017 and was officially renamed Royal Papworth Hospital in 2018.   Dr Begley became Clinical Director for cardiology in 2018.

During his time at Royal Papworth Hospital, Dr Begley was also elected Fellow of the Royal College of Physicians in 2009 (FRCP).  Today he continues his work as a cardiologist located in Cambridgeshire as and runs various clinics and several locations.

Training future generations of doctors is extremely important.  Dr Begley has been heavily involved in education since his appointment.

See a Cardiologist Located in Cambridgeshire

Dr Begley is a highly regarded cardiologist located in Cambridgeshire who welcomes you to get in touch.  To make an appointment please contact us and we will respond during normal working hours.